In the train you may purchase a ticket for your own passage or transport ticket for carriage of objects, your dog or bike. 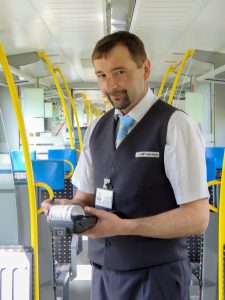 The fee is not charged from persons who:

Persons specified in points 7-10 and persons travelling with bikes are not obliged to contact the train crew before entering the train or immediately after entering the train in order to buy the ticket. These persons are checked in during control of transport documents.

Our website uses cookies to improve your experience. We'll assume you're ok with this, but you can opt-out if you wish. Read more - Polityka prywatności.